Improvements To a Main Street Can Indicate Economic Potential 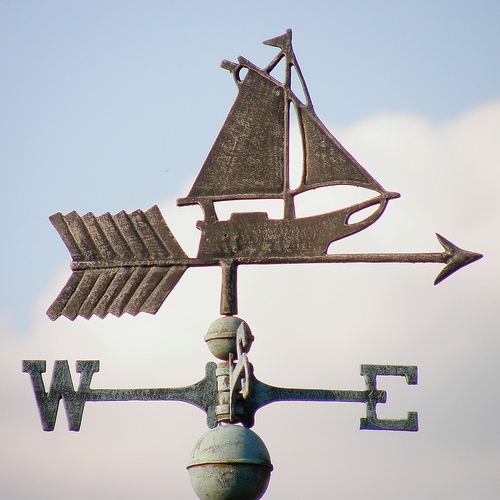 A road improvement project on a main street may not be an infallible weathervane, but often does indicate that a downtown are could be experiencing an upswing.
Image source: Flickr CC user OliBac

It would be a neat trick if a business could find a window into the future or a weathervane to predict which way the economic winds were blowing. Unfortunately, there’s no foolproof way to gauge whether a business will succeed on a city’s main street.

The lack of certainty shouldn’t discourage investors from attempting to forecast future trends, particularly when buying property in struggling neighborhoods. Many investors look to areas that have suffered through hard times and are on the cusp of an upswing. In such areas, property often sells for a good price and can eventually appreciate in value once the neighborhood turns around.

Although no all-knowing oracle exists that can whisper in an investor’s ear, one indicator can provide a clue that better times could be ahead: public investment in the infrastructure. Improvements to infrastructure could include major highway projects that improve freeway access for communities. They could be transformational projects, like the bullet train that will eventually link San Francisco to Los Angeles and Sacramento. They could also be large projects that replace aging water pipes, electrical lines, or add fiber optic cables. These road-and-sidewalk projects for a city’s main street are what boost and renew a fading downtown area.

In California, main street road improvements are undertaken every year. For example, a planned project in La Mesa will redo the city’s sidewalks, landscaping, and lighting. In Santa Clara, the bid request is out on a $3.8 million project to repave the street and sidewalks. In Bridgeport, a project “right-sized” the freeway that ran through downtown. It took the five-lane road down to three lanes and added bicycle lanes and angled parking spaces. Unlike other road projects that typically take years to complete, that project was finished in nine weeks. The hope is that more people will now be tempted to pull over, stretch their legs, and look around in the city’s shops and restaurants.

Ample evidence suggests that these projects do seed the ground for better times. However, the anticipated renaissance of a downtown main street often comes slowly, and sometimes not at all. The New York State Department of Transportation studied the impact of road improvement projects in the city’s five boroughs. They found that it was hard to say how much economic juice a government ultimately gets out of the investment. It is also impossible to predict whether buildings will increase in value once a street undergoes improvements. However, the state’s 2014 study found convincing evidence that projects that beautify the street, make the street safer, and make the area more pedestrian-friendly do tend to increase retail sales.

A 2014 Michigan study also strongly suggests that public investment provided a boost to the state’s main streets. Michigan started a statewide main street program in 2003 that appears to have paid off. Over the past decade, more than $200 million was invested in main streets in 48 communities. Those streets gained a net 240 businesses. What is also notable is that governments have been seeding the ground with heavy investment in street improvement projects.

Livermore, a wine country community, also saw a swift change of fortune following a major road project. For many years, the city’s main street was little more than a dangerous drive-through area where heavy trucks rolled passed a featureless downtown. The city wanted to bring people back to the downtown area and give it a heart.

In 2006, a $12.5 million project transformed a four-lane highway into a two-lane, pedestrian-friendly street with new lighting and walkways. The city has recently seen 15 percent growth in retail sales. The street has also added several magnet businesses, including a major movie theater, a performing arts center, and 70,000 square feet of additional retail space. People have moved back to the street into more than 270 newly built residential units.

There are probably many reasons why Livermore rebounded so nicely. However, the road project clearly re-energized the street, and investors were watching. Businesses have ample opportunity to become part of similar main street and neighborhood renaissances. Some good places to look are those spots where the public money is flowing.

Luckily, investors don’t have to hunt for opportunities on their own. A commercial real estate consultant can help evaluate a main street’s potential and help potential investors determine the best plan of action.

If you are looking to invest in a main street property, you don’t have to go it alone. You can get a thorough analysis of the market with all the available options from a consultant whose community values align with your own. Contact DCG Real Estate today to learn more.