The Techie Church: How Technology Can Help Spread the Faith 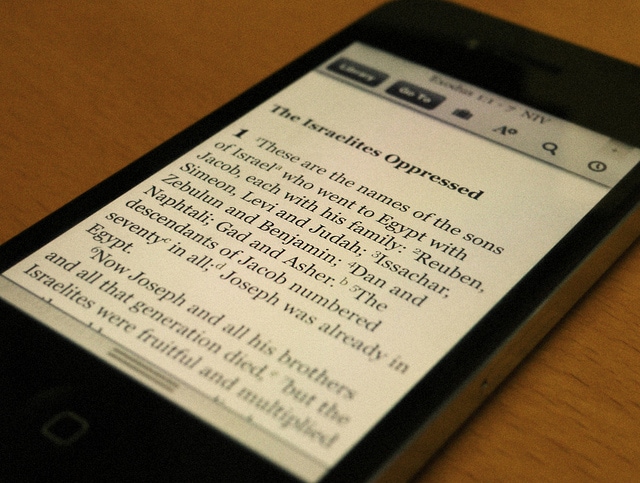 A Tampa Bay church recently did what many larger churches are doing these days: it opened two new branch campuses in other towns. Unlike in the past, however, the lead pastor doesn’t have to travel from church to church and give the odd sermon at a far-flung outpost. Many regular attendees have never seen him in the flesh — and don’t feel they need to. That’s because they can watch his message live every Sunday on a 9-by-16 foot screen, when it’s broadcast via satellite.

A Baptist church in Houston uses video technology a little differently, recording the sermons and posting them in their entirety on a web page. Every sermon has been loaded into an archive that stretches back to 2003. Members don’t have to worry if they miss a Sunday, or a critical point in the message. They can always go back and hear the sermon a second time.

So these are two examples of how churches are using technology. There are many others. The modern church has absorbed practically every gadget and technological development that has been invented in recent years. For example, a national survey of 11,077 of the nation’s 335,000 congregations found that by 2010, seven in 10 U.S. congregations had websites, and 40 percent had Facebook pages. We suspect that those numbers are much higher now.

We’re interested in technology trends at churches for two reasons. Firstly, while some mass communication tools, such as web pages, or Twitter and Facebook accounts, can be cheap and easy to get up and running, some technologies can be expensive, adding significantly to the cost and value of the property. For example, Grace Family Church, the Tampa church that we mentioned at the beginning of this article, spent nearly $900,000 at its main campus on technology infrastructure. The church also bought screens, equipment, and lighting at two other campuses for another $200,000. That’s a $1.1 million investment, but the payoff was that with the new technology, they will reach another 1,000 people.

That brings us to the second reason we watch technology trends closely. These tools can put people in the seats, as well as unite a congregation — and that’s what is needed today. Many churches have been losing members, going bankrupt, and handing the keys back to the bank. Congregations are aging and having trouble attracting younger members.

And yet, there is another trend in play here. While church membership may be decreasing, census figures and other surveys indicate that more people in the U.S. believe in God and identify with a religious group than in 2000. Technology has been one way that churches have been fighting back against dwindling congregation sizes.

Briefly, let’s look at three ways churches are using technology to do this:

Technology Can Help Build a Brand: Not every congregation has aspirations of becoming the next mega-church. However, many churches are branding themselves and creating a network of franchises. Churches can build a brand in much the same way that businesses do, by using marketing and mass communication tools, such as live streaming video, mobile apps, and broadcasting. According to one report, of more than 5,000 U.S. churches that opened satellite campuses, a third are using video technology.

Technology Can Enhance the Message: It’s not uncommon to see people carrying their smartphones to church, but many churches aren’t squeamish any more about letting people bring their gadgets into the sanctuary. At the Willow Creek Community Church near Chicago, for example, the congregation is encouraged to Google for more information during the service, power up their online bibles on the iPad, or tweet questions to the pastor.

Technology Can Help Connect the Flock: As church congregation grow and spread, more and more members are in far-flung locations, making it harder for people to connect. But now they’re using Twitter, Facebook, and Foursquare to keep in touch, make friends, and create an online church community. They’re using physical technology to provide streaming or taped version of sermons. Churches have also replaced expensive mailers and brochures with electronic newsletters. Another advantage to this is that a church can get data and instant feedback on who is reading the newsletter, and participating and visiting the online sites.

Modern churches have been quick to adopt new technologies. But really, it has always been that way, ever since a German blacksmith named Johannes Gutenberg printed a bible on his newly invented printing press more than 500 years ago. We don’t expect congregations to quit using the latest tools to spread the faith. Instead, technology and innovation can give a churches a fighting chance in a modern world.

If your church is exploring new technologies, you don’t have to go it alone. You can get a thorough analysis of the latest tools and how they can build your property from a consultant whose community values align with your own. Contact DCG Real Estate today to learn more.