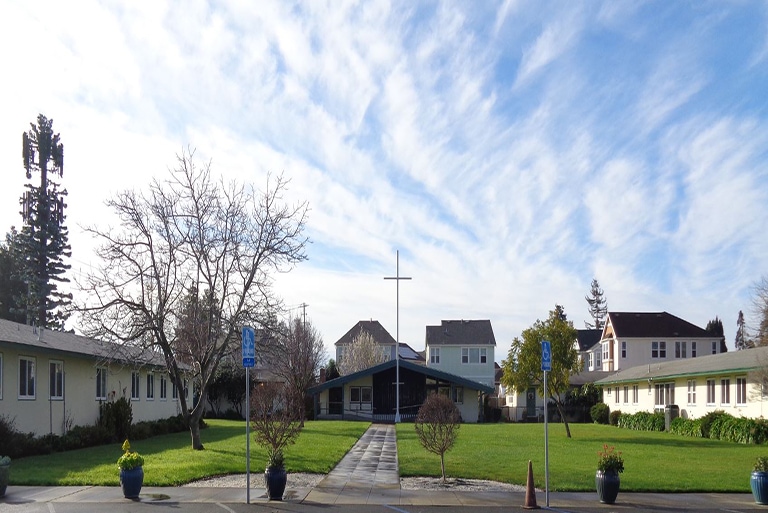 Churches are built on relationships. But what does a church do when it’s time to renegotiate a lease with a decades-old building tenant?

New Bridges Presbyterian Church in Hayward, California, had old leases that were holding it back. The leadership learned it can be helpful to have a third-party professional on hand to look out for a congregation’s needs.

Carmen Browne has pastored Presbyterian churches across the county, many of them small congregations with financial challenges. So when she stepped in as pastor of New Bridges, she recognized almost immediately that the congregation had a problem on its hands: old leases.

The church was small and operating with a small financial buffer. It didn’t have the reserves necessary if a major building repair was needed. The church had two campuses. One they used seven days a week to serve the needy. The other they used on Sundays as their worship center, and during the week they rented it out to a preschool and a daycare. But Browne saw that those leases hadn’t been updated in years, and the rents looked low to her.

A year before the leases were up, she reached out to DCG Strategies to do a market analysis and, if warranted, negotiate new leases. Jamil Muchell, Brokerage Services Manager at DCG, conducted the analysis and discovered that Browne’s instincts were right. The leases were under-priced by about half.

“One of the things we see regularly is that churches enter into leases with schools or other businesses, and there’s been no research for what the market value of that lease rate should be,” Muchell said. “You don’t have to charge market rent, but when the roof gets old, someone has to pay for that. If you’re not receiving enough rent, you won’t have the money to pay for those things.”

Muchell spearheaded negotiations with each of the tenants, to Browne’s great relief. “Having people who were not emotionally involved lead that conversation and break down what the church was dealing with was a critical and necessary part of us moving forward,” she says. “Trying to do that work ourselves without it getting testy was impossible.”

Ultimately, the church was able to re-sign one of their tenants but not both. That left them with a vacancy. They again turned to DCG to help them market the property and find a new tenant. “There was some continuity to having DCG do both jobs,” Browne says. “We had a rapport, a relationship. That matters.”

The search for a new tenant went smoothly. The site was already set up with classrooms and a playground, and DCG received a serious inquiry from a local for-profit preschool.

Where the process hit a snag was with permitting. The city had no record of the building’s commercial use. Getting a new tenant would mean filing for a conditional-use permit. The conditional-use permitting process is a long and technical one that often requires health and safety changes, parking accommodations and other property modifications. It also happens to be a process DCG is adept in.

It took a year of negotiations and modifications, but the city ultimately approved the permit. The private daycare signed their lease and will open May 2019. The owners have invested their own funds into the property, improving the playground, installing new flooring, new lighting and making other significant upgrades. Also, the daycare has a smaller footprint than the previous tenant, which has freed up needed space for the church to use as a youth room.

The new 10-year leases with built-in rent increases have placed New Bridges on secure financial footing. With the help of DCG, church leaders have thought through the major costs the property will incur over time — roof repair, HVAC replacement, etc. — and are confident they’ll have the financial resources to meet them. And they also have new life in their building.

“There’s a great sense of joy, relief, pride, hope and energy around here,” Browne says. “You can see [the new tenants] are caring people who love what they do.”

Browne says DCG was instrumental in the change, meeting several times with church leaders to explain where they were in the process and where the snags and opportunities were. DCG’s communication kept everyone on the same page and allowed them to move forward.

“I’ve served in a lot of churches, and this question comes up in most of them — you have big buildings and fewer people. What do you do?” Browne says. “The ones who don’t figure it out don’t fare well.”