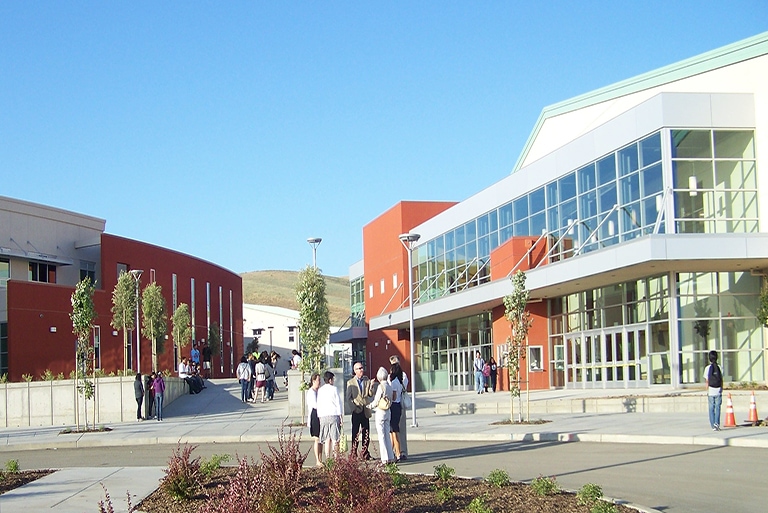 In November 2018, California voters passed most of the 125 bills seeking to fund improvements in local school districts. The bills represented more than $15.7 billion in construction bonds, with more than $14.8 billion approved by voters that will fund everything from asbestos and lead removal to entirely new buildings. There were a smaller number of parcel taxes on the ballot as well. So where exactly will all this money go? First, a quick refresher on bonds and parcel taxes:

Parcel taxes are a form of special property tax paid by real estate (parcel) owners. Taxpayers pay based on the characteristics of their property, such as square footage or number of apartment units, rather than the overall assessed value. These funds can be used for anything in a school district’s general operating budget, such as employee salaries or special projects. California is the only state that allows parcel taxes as a way of funding schools, and they require a two-thirds supermajority vote for approval.

When bond measures are approved, voters are giving permission for a school district to borrow up to a certain amount of money from private lenders. The money has to be paid back with interest, so voters also agree to a new tax in order to eventually settle the long-term debt. Bond Issues on a ballot will specify why the money is needed and where funds will be directed, but don’t guarantee funding for specific projects.

In California, property taxes for school bonds are limited to 1% — anything more than that requires a vote. If the bill passes with a two-thirds supermajority approval of voters, it’s ready to go. But there’s another option, instituted in 2000 by Proposition 39, which allows measures to pass with only 55% of votes providing they follow a few rules:

Funding from bond measures might seem limited, but it allows school districts to address many current concerns. High-profile school shootings across the country are prompting a focus on school security, which can be improved through things like communication devices and door locks. Water safety has become another worry; water districts in California are now required to test school water for lead, and any levels over the EPA limit will necessitate plumbing repairs.

Here’s how a sampling of California school districts plan to use their newly-approved funding:

The second biggest district in the state had the largest bond measure approved by California voters in November 2018 at a hefty $3.5 billion. This is in addition to two other bonds totaling $4.9 billion that were approved in the last ten years. The district says most of the money will go towards repairing and renovating school campuses, adding playgrounds and replacing relocatable classrooms with permanent ones.

Many of the district’s schools are set to receive plumbing upgrades to remove lead soldering. An October 2017 test of the water at Webster Elementary, near Oak Park, San Diego, revealed lead levels of 26.1 ppb (parts per billion), well above the federal 15 ppb limit. Schools that test above the limit are required to notify parents and replace the affected pipes and fixtures. In the meantime, Webster is still using its current fixtures. Other schools in the district tested below the federal limit but are still slated for lead removal, and still others have yet to be tested.

Joyner Elementary School, not far from Webster, is a typical example of the other kinds of improvement sought by the district. If possible, bond funding will pay for new facilities for special education students, upgraded food service areas, shade structures for outdoor playtime, energy efficient lighting, and new wiring and electrical systems.

The estimated tax rate levied on members of the community will be $0.06 per $100 of taxable property. This tax will continue for 39 years until the bond matures, funding an average of $192 million in annual repayments. Voters passed the bill by just over 65%.

One of the smaller bond measures passed, at $4 million, went to Cutten School District in Eureka. Cutten plans to use the money to repair leaky roofs, upgrade electrical systems, replace old plumbing, and modernize classrooms and facilities in its two elementary schools. Taxpayers in the district will be taxed at $0.03 per $100 of property to raise $140,000 annually to pay for the bond.

Voters in the Culver City District in Los Angeles voted to levy a parcel tax of $189 per parcel for seven years. The district expects to raise more than $2 million annually that it will use to “attract and retain qualified teachers, maintain smaller class sizes, support math, science, engineering, technology, art and music programs, improve support for students with special needs, and prepare students for college and modern careers,” according to the ballot language. Seniors and those on disability income are exempt from the tax.

Locals in Santa Cruz and Santa Clara voted to approve a $698 million bond issue for the West Valley-Mission Community College District at an estimated tax rate of $0.013 per $100. Some of the district’s goals are pointed toward college-specific needs like nursing and healthcare labs, but many are the same as any other school district: repairing and replacing aging buildings and updating classrooms and equipment.

If the San Diego Unified School District’s previous bonds are any indication — they’re still working on projects from bonds passed in 2008 and 2012 — it will take time to institute these improvements. But with an 81% success rate of bond issues on the ballot in November, it’s clear that voters want to keep California schools safe and up to date.

If you’re a school district official dealing with real estate changes due to recent bills (or if you simply have underused property), contact an expert at DCG Strategies to chat about your options.